Lada Ray has posted an illuminating article about the BREXIT, and its implications. She also has a new ESR (Earth Shift Report), ESR 12, “THE FUTURE OF THE EU”, some may wish to check out.

“Should the United Kingdom remain a member of the European Union or leave the European Union?… Leave the [EU] 51.9%… I think this is an awesome result and I congratulate the British people on this achievement!… I still think (per my ESR12 thoughts) that completely unmanipulated, the BREXIT vote should have achieved 58% or better result TO LEAVE. That said, the people of the UK have an excellent reason to celebrate.

“…my ESR12 prediction about the general timeline of the EU and UK remains largely unchanged. Obama and US + Merkel and Brussels will try to do what they can to delay BREXIT and to keep UK tied to the EU. At least until after Russian Duma elections in September 2016 and until after US elections in November 2016. If they fail at that, it will greatly boost Trump’s chances and it will also add more support to Russia and Putin… it’s encouraging to see that the EU people are finally awakening.

“The polarization of the Western society has reached its peak, which is normal for the times of great change. We’ll see who wins the battle in the near term.

“…my long-term global predictions are very positive and remain the same as always: 1. The Great Eurasia is forming… 2. The predatory US Empire is waning… 3. EU has two roads to choose from… 4. The rickety chair effect… is gaining momentum… 5. REFERENDUMS GALORE coming up!… 6. The positive effects of the rising REFERENDUM TREND is that of the direct democracy and people’s empowerment. People will begin recalling that they do hold real power.“

Referendum of the United Kingdom’s membership of the European Union

I think this is an awesome result and I congratulate the British people on this achievement!


The result, as I pointed out in ESR12: THE FUTURE OF THE EU, could be worse based on the energetic confusion and a strong potentiality for vote manipulation. I still think (per my ESR12 thoughts) that completely unmanipulated, the BREXIT vote should have achieved 58% or better result TO LEAVE. That said, the people of the UK have an excellent reason to celebrate. 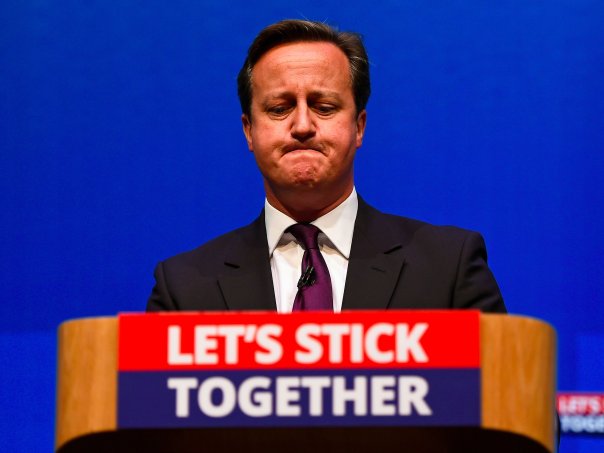 And David Cameron resigned! That alone is a great result. Truly, no one could be worse than him, although how much better can it get if the next PM is from the same party? In truth, just like the US, the UK requires a complete, 100% overhaul of its political system. More on Cameron, Boris Johnson, Nigel Farange, Merkel, Marine le Pen and Trump in ESR12: THE FUTURE OF THE EU.

However, as you see, the vote is very close. I spoke about it in ESR12, explaining what this would mean.

I realize how exhilarated everyone is with the victory, albeit a very close one. Please forgive me for raining on anyone’s parade, however, my ESR12 prediction about the general timeline of the EU and UK remains largely unchanged.

Obama and US + Merkel and Brussels will try to do what they can to delay BREXIT and to keep UK tied to the EU. At least until after Russian Duma elections in September 2016 and until after US elections in November 2016. If they fail at that, it will greatly boost Trump’s chances and it will also add more support to Russia and Putin.

They know this very well, but it’s encouraging to see that the EU people are finally awakening.

That said, the referendum result itself is a HUGE blow to Obama, Hillary Clinton and Merkel. It is a great boost for Trump, and Trump will try to capitalize on it, while Obama/US establishement/EU will try to do everything to sabotage and delay the implementation of BREXIT.

The polarization of the Western society has reached its peak, which is normal for the times of great change. We’ll see who wins the battle in the near term.

The recent successes of the alternative parties in Italy, France and Austria, various EU revolts, the Dutch referendum and the YUKOS Dutch court decision in Russia’s favor all point to the fact that US and subservient to it EU elites are losing the battle. This in itself is excellent news and we’ll talk about it below. I call the gradual change this brings the rickety chair effect.  The EU revolts, the effect in question and where all this will eventually lead are discussed in detail in ESR12.

Again, please forgive my caution and extreme conservatism, with a modicum of skepticism, when it comes to assessing the future of the West. Just consider for a moment how close the vote result has been: 48.1% vs. 51.9%. There is a danger that this close result will be used to try to delay BREXIT, or to make a covert deal which would make it look on the surface as if UK has left, yet the country would still likely be tied to the EU in secret.

I still see a lot of confusion and fights inside the UK going forward.

Incidentally, it’s also possible that Scotland will try to secede once more. Similar movements to secede also exist in northern Italy and in Spain (Catalonia/Barcelona).

My relative skepticism is strictly short-term, and believe me, I’ll be happy to be wrong here! All my life I’ve seen too much ugliness, contempt and aggression towards my country Russia, and my people, from the West. Regretfully, this ugliness isn’t abating – it’s actually intensifying as the gloves off fight over the future of the world comes to a head. I’ll be overjoyed if the people of the West manage to positively surprise me by acting better than I’ve seen them act for years.

By contrast, my long-term global predictions are very positive and remain the same as always:

1. The Great Eurasia is forming in front of our very eyes, and it’s only the matter of time for it to gain real traction.

2. The predatory US Empire is waning, which in the long run will be good for all, certainly including Americans.

3. EU has two roads to choose from and depending on how soon and how well Europeans make their choices, it can be done the easy way or the hard and protracted way. If present EU governments refuse to reform, if new politicians are not elected in the EU ASAP (Merkel, Holland and the Brussels gang all have to go), EU will fall apart within several years.

But is it possible to save the EU at all? No, not in this configuration. But IF after EU falls apart (and NATO is disbanded – give both several years) some countries decide they would like to stay or get back together in some sort of looser and more productive configuration – why not. They should.

The closest analogy is that of the USSR. EU is undergoing the process the USSR and the so-called ‘Eastern Block’ experienced in late 1980s-1991. Both Warsaw Pact and the USSR fell apart because the way they were held together was counterproductive and even harmful. However, as we are observing, the new, much healthier and forward-looking alliances are now forming around Russia within the Eurasian space (and global space, too).

4. The rickety chair effect I describe in ESR9 and ESR12 is gaining momentum. If you recall, in ESR12 I said that BREXIT, regardless of its result will generate a domino effect in Europe when more and more countries will want to have referendums to exit the EU, since EU isn’t fulfilling their needs and aspirations any more. This will lead to the old EU ‘chair’ becoming more and more rickety and more and more unstable. 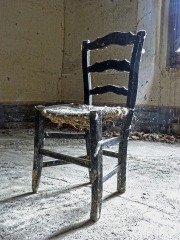 Recall that I said since 2014 that Greece may again try to GREXIT in 2017 or 2018. But Greece is in a very difficult economic situation. It’s more likely that the richest and most successful EU countries will try to exit first, namely France, the Netherlands, Italy, Denmark, and even Germany. Emboldened by their success in the UK and the earlier anti-Ukraine vote in the Netherlands, the organizers of the referendum are very likely to go on helping organize similar referendums in other EU countries. 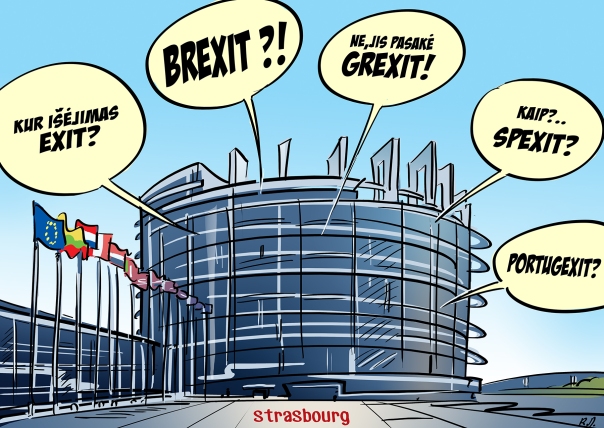 5. REFERENDUMS GALORE coming up! The new GLOBAL TREND has shaped up in front of our eyes, began by the Crimean March 2014 referendum to secede from Ukraine. When politicians and elites refuse to listen to their people, people will take power into their own hands and show their strength through direct democracy.

6. The positive effects of the rising REFERENDUM TREND is that of the direct democracy and people’s empowerment. People will begin recalling that they do hold real power.

Another positive effect will be in favor of the long-suffering people of Russia and what is so far called Ukraine (the future Novorossia, plus possibly also Carpatian Rus and Kiev Rus, depending on how finalized divisions will be made).

Recall my prediction that Ukraine (under another name, or names) will turn back to Russia by 2018.  All this will be happening simultaneously: along with an avalanche or referendums and EU revolts and the turn of Ukraine towards Russia, not only Crimea will be recognized officially as a part of Russia by the West. Along with DNR/LNR 2014 referendums, the forgotten referendums in Pridnestrovie – Transnistria (to join Russia), as well as in Abkhazia and S. Ossetia will also be recognized. This may take a few years though.

Very few in the West know, but the USSR had the famous 1991 referendum, the information about which was buried. In that referendum the majority of the former Soviet republics voted to preserve the USSR. Just imagine what happens when the real results are made public or the 1991 referendum is repeated!

The interesting thing is that even the former Baltic republics that are considered anti-Russian (Estonia, Latvia, Lithuania) may surprise us, should their people are ever allowed to have their own opinion. So far the regimes there suppress the voice of the people, aided by the US tanks. And this is why Estonia and Latvia deny the right to vote to their Russian-speaking population. What will happen when millions of the so-called ‘non-citizens’ are actually allowed to vote? One thing for sure: US tanks will have to leave in a hurry…

In fact, people everywhere will be emboldened to conduct referendums on issues of importance. Some Balkans/ex-Yugoslavia mini-states, which have been artificially divided, may decide as a result of their referendums to get back together. Specifically these are: Serbia, Montenegro and Macedonia.

I also foresee a new tight union (economic, political and more) eventually forming between the Balkans countries, including some of former Yugoslavia, Bulgaria and Greece – and Russia/Eurasian Union.

I am very curious to see what happens to Turkey after the Kurds get together and organize their referendum.

These are just some of the examples. In general, we are present during The GREAT EARTH SHIFT. The old systems, be it political, social or spiritual are falling off and the new are emerging. The new countries, new borders and new unions will emerge and strengthen, while the old will either diminish or disappear altogether.

I give NATO a few more years before it is disbanded.

BREAKING NEWS: at the same time that we all were fixated on BREXIT, a historic SCO summit took place in Tashkent, Uzbekistan. SCO, per above prediction on the new alliances and unions, is growing exponentially. I’ll have a separate piece on that. Stay tuned!

THE FUTURE OF THE EU 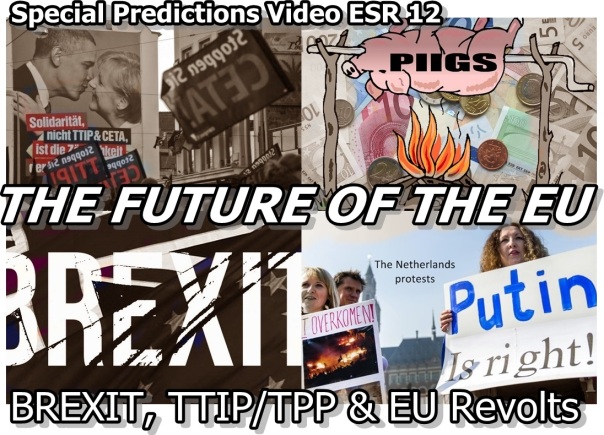 I am a Spirit of Light working with energies on this planet on the Big Island of Hawai'i (for 15 years). My spiritual missions have taken me from the Big Island of Hawai'i to neighbor islands (Oahu, Kauai), as well as to Turtle Island (N. America), Peru (Cusco), Bolivia (Lake Titicaca), and Egypt (Gizeh, Saqqara, the Pyramids) (see my YouTube page).
View all posts by Kauilapele →
Gallery | This entry was posted in apocalypse, cabal, chaos, new energies and tagged BREXIT, Futurist Trendcast, Lada Ray. Bookmark the permalink.
%d bloggers like this: